If you have been to Cameron Highlands, you would most likely to be familiar with Gossip Corner as they are very well known for their Burger Challenge! Just 3 months ago, they have decided to expand their eatery nearer to the city center located at Taman Paramount, Petaling Jaya. 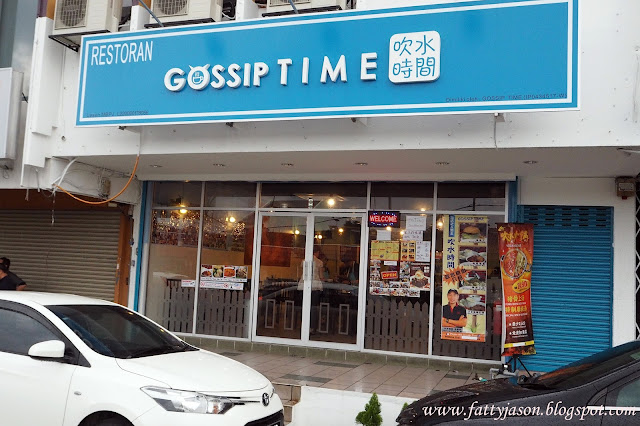 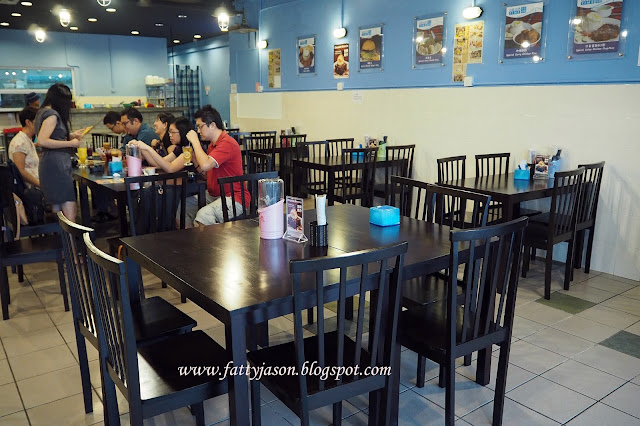 A spacious and comfy place for patrons to dine-in. Very suitable place for friends and family gatherings!

Gossip times serve some of the local favourite dishes of rice, noodles, western and even steamboat! This is just the right place for family to dine-in especially when each have very different cravings at the same time! Truly a hidden gem serving good food with affordable prices! 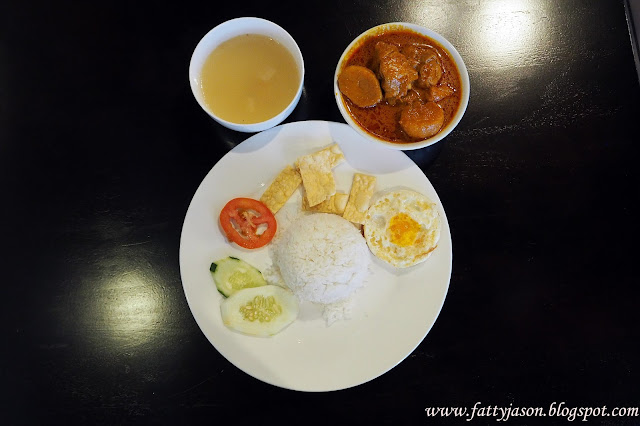 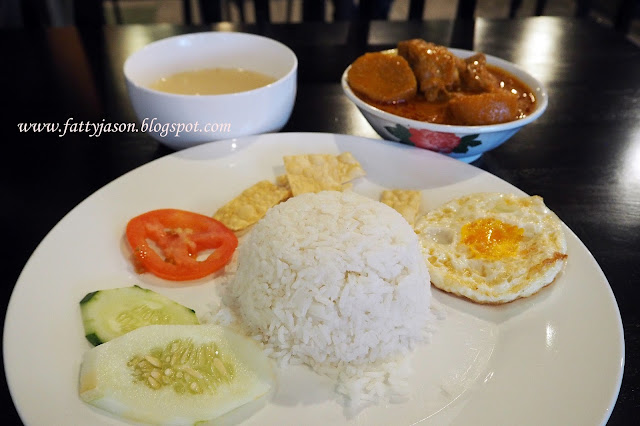 Served with fragrant rice, fried egg, papadum, sliced cucumbers and tomato and a bowl of soup of the day. Taste of the curry chicken was just perfect to my taste buds with the addition of lemongrass which brings out an extra after-taste to it. Here at Gossip time, they uses fresh milk instead of coconut milk which explains why it does not have the "Santan" taste like any other curry chicken. 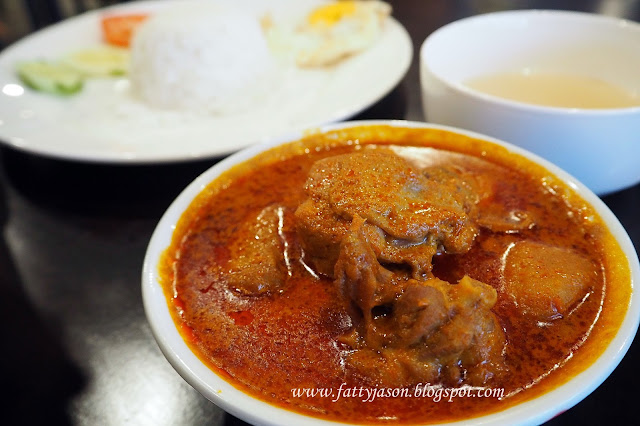 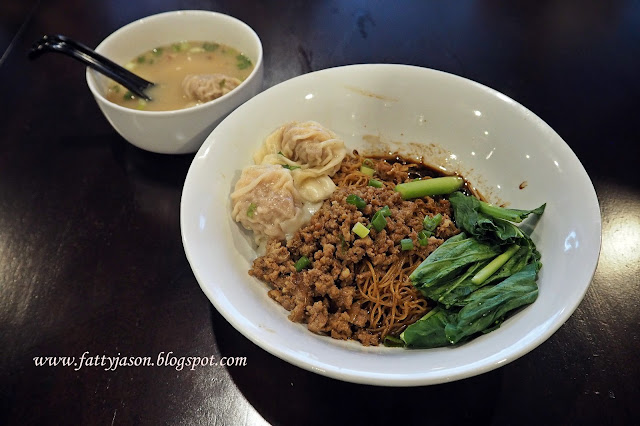 Another specialty of theirs, this bowl of Wantan mee is personally made by the Chef's Master (with over 40 years of experience) which explains why the noodle here has a very bouncy and firm texture to it! A very addictive bowl of noodle! Try it for yourself! However, I personally thinks that it's a tad bit too salty to my likings but then again, this vary depending on individuals. 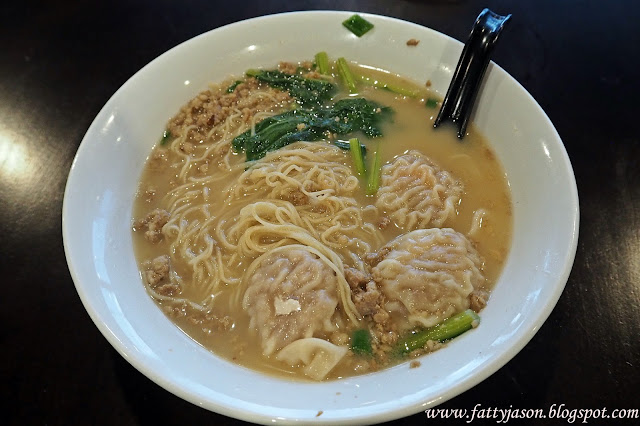 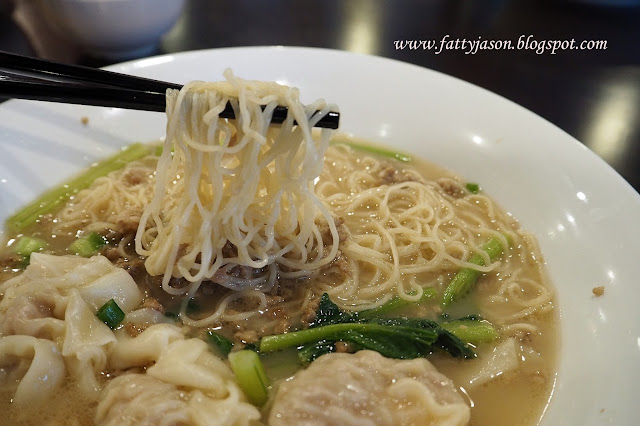 Served in flavourful pork bone broth, homemade springy wantan noodles and generous sizes of Wantans! I especially love the size of the wantans served here at Gossip Times! Also. it is also hard to get the good original Wantan mee these days in Malaysia which the wantan content has a mixture of "Left mouth fish" in it. With the addition of this fish, it really does distinguish it as a perfect bowl of Wantan Mee! 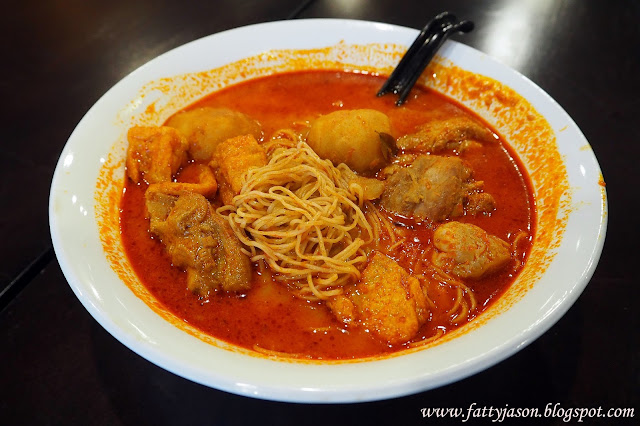 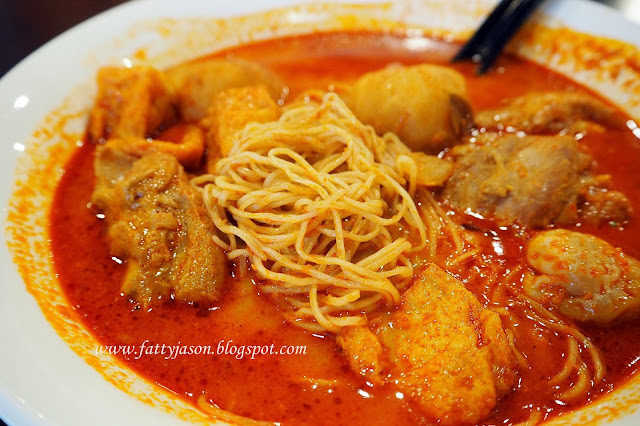 Prefer something out of the norm? Try this bowl of wantan mee out! 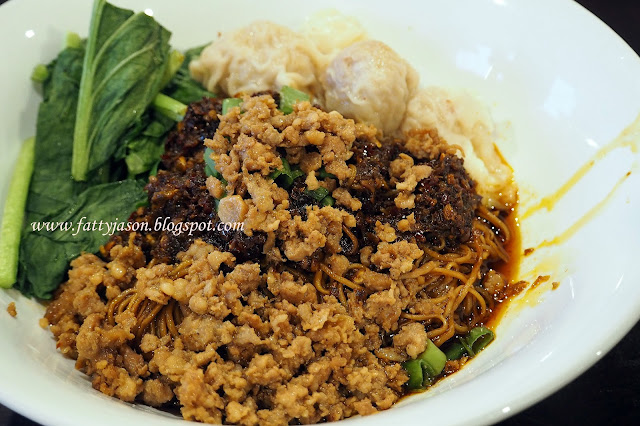 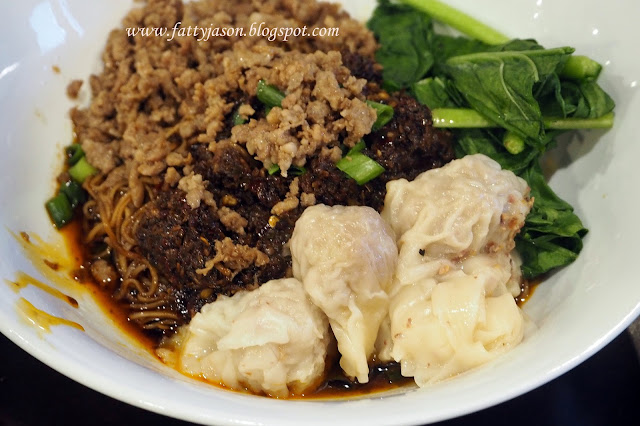 For those chilli lovers out there just like me, this should be the bowl you've been looking for! It is rather similar to the "chilli pan mee" that we have but the pan mee is replaced with wantan mee instead. However, please do eat with caution as it is really quite spicy! The spicy sauce here is made up of 7 different chillies! You can imagine how spicy it is! 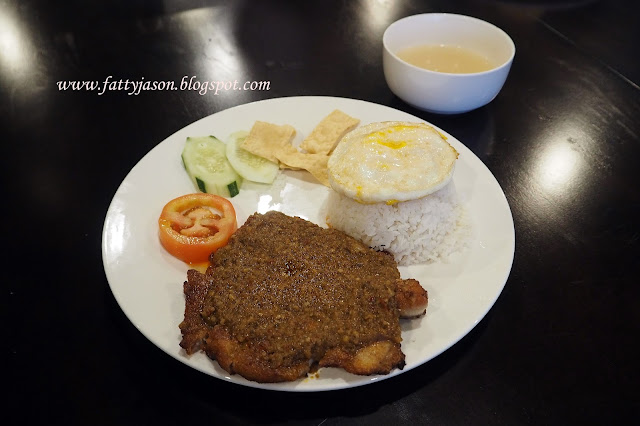 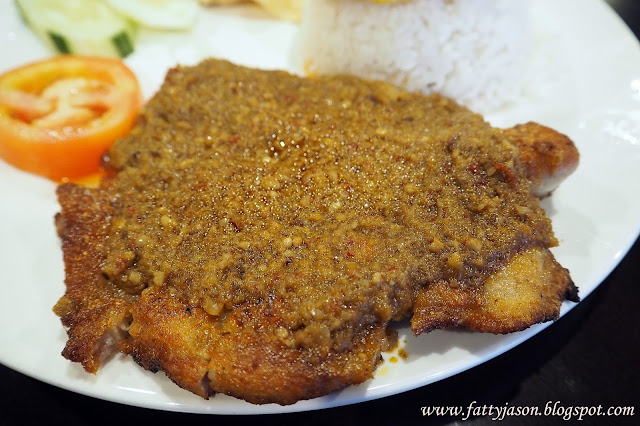 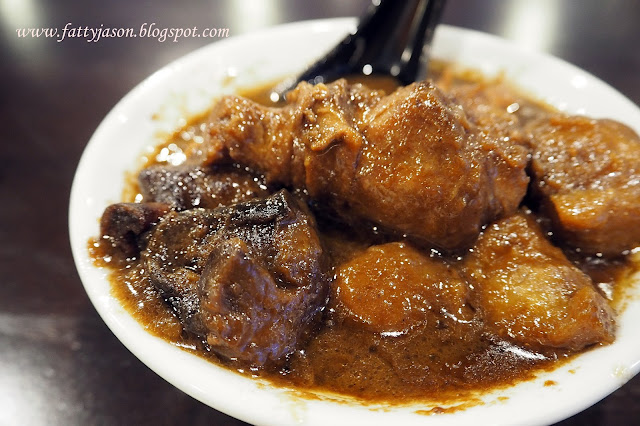 Remember earlier that I mentioned about the burger challenge that they have it in Cameron Highland? They also have it here at Gossip Time, Taman Paramount. 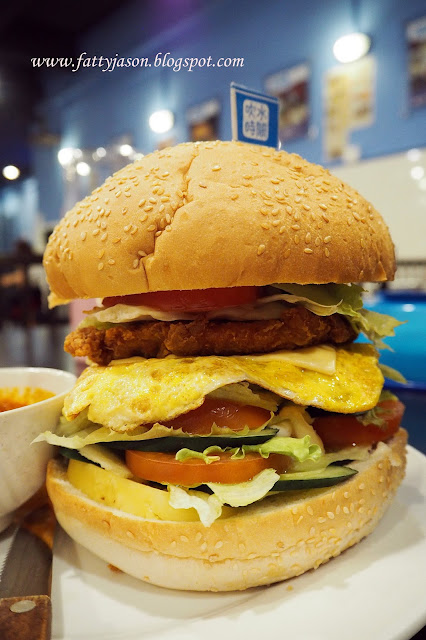 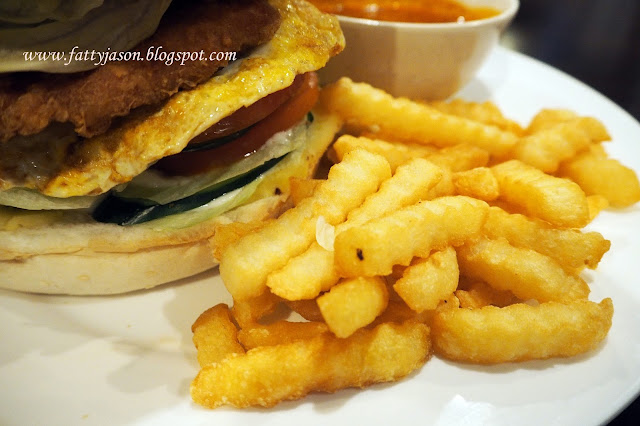 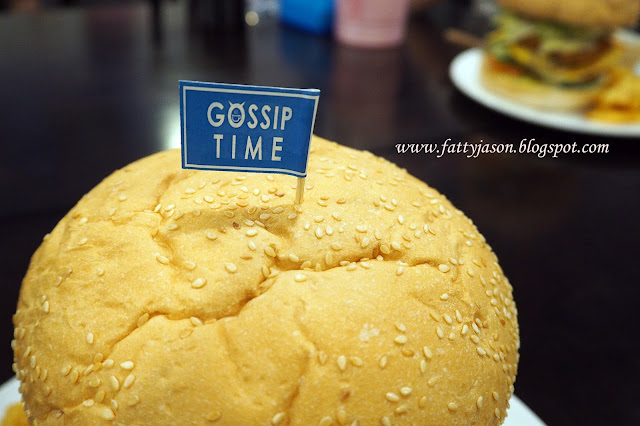 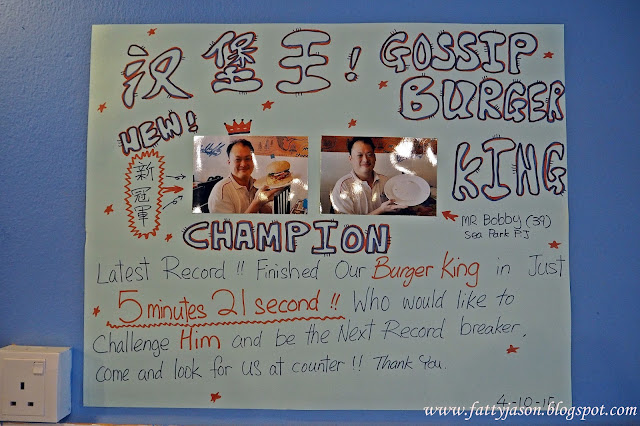 Are you up for the challenge? If you are, 5 minutes 21 seconds is the time to beat currently! Be the record breaker and you'll earn yourself a free meal! 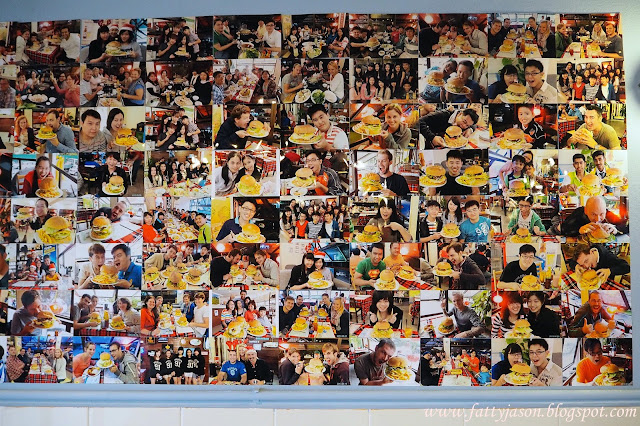 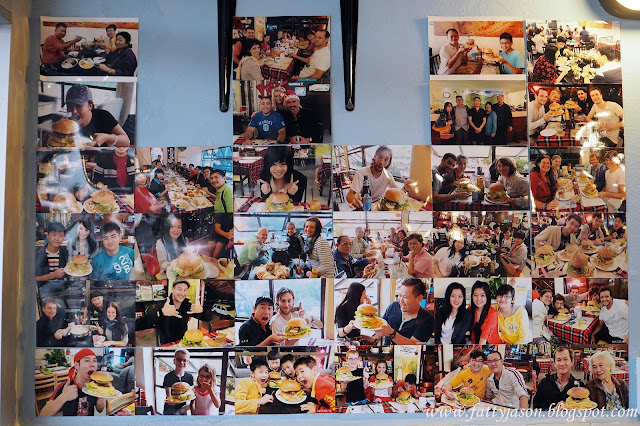 Challengers of the Burger King!!!

Last but not least, they have affordable lunch sets cater especially to those office nearby! 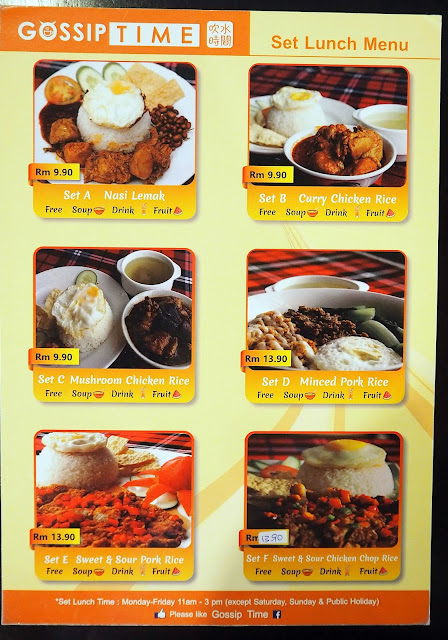 Wait for my next post about their steamboat served at Gossip time!