The Malaysia International Gastronomy Festival recently culminated in a colourful carnival as the Awards & Celebration Party took over the Berjaya Times Square Theme Park for a finale unlike the Festival had ever seen. The final course in the gustatory month-long event offered a pleasing platter of leather clad biker dancers, Harley Davidsons, roller coasters, bumper cars, fair games and the undisputed Oscars of Malaysia’s food scene – the MIGF awards. 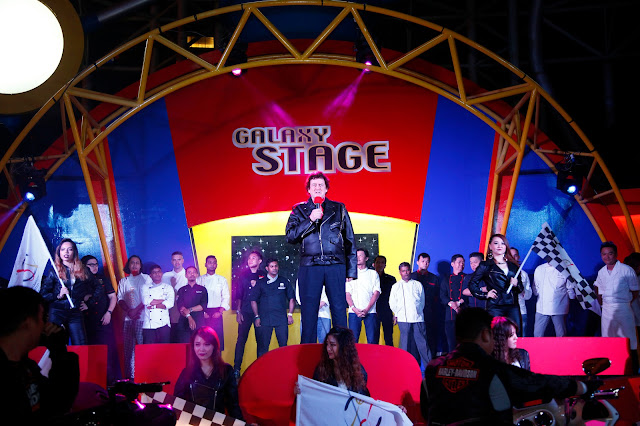 A 1,000 strong guest list that included royalty, ambassadors, celebrities and captains of industry thronged the multi-levelled theme park which was filled to the brim with rides of all shapes and sizes. Gracing the event and to help bestow this year’s high octane Chefs their prizes was the Most Honoured Guest, Tourism Malaysia Director Mr Saidi Bundan, and Festival Royal Patron Tunku Naquiyuddin ibni Tuanku Ja’afar, who together with MIGF Organising Chairman Dato’ Steve Day dished out some 165 awards over the course of the evening. 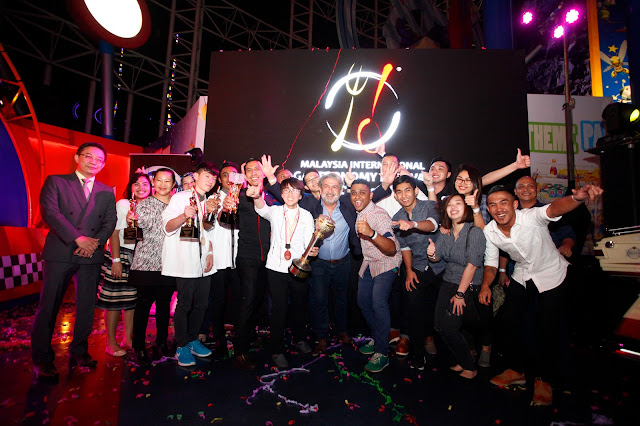 This year’s roster of participating restaurants has been among the most diverse in the Festival’s 15- year history and indicative of Malaysia’s flourishing scene. Whereas premium dining was once the domain of five-star hotels, restaurants of all types have mushroomed over the years offering a wide selection of dining experiences. Festival goers this year had the opportunity to taste everything from authentic home cooked Penang Nyonya at Little Heritage House and traditional English pub grub at The Sticky Wicket to innovative Modern Chinese at Ruyi & Lyn and rustic French fare at 2OX. 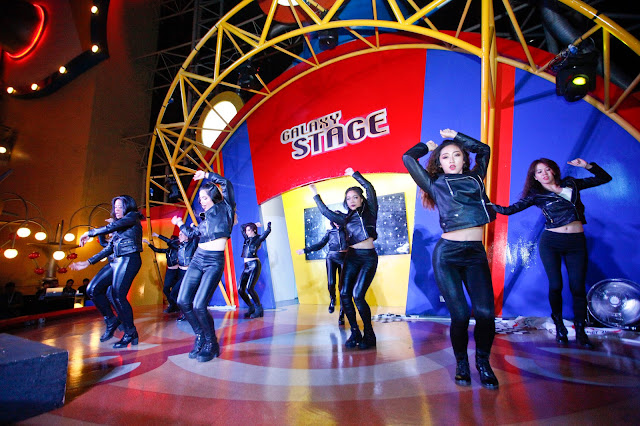 The bulk of the action on the evening took place on the Level 5 Galaxy Station which contained a slew of high octane rides such as the Spinning Orbit, the DNA Mixer and the Supersonic Odyssey Roller Coaster which criss-crossed and looped its way around the amusement park. Ground based but just as action-packed were attractions like the Futurift VR Oculus Rift, the 5D Simulator, the Laser Hunter and the Haunted Journey offering festival goers virtual trips into computer constructed worlds.

Meanwhile, the Fantasy Garden on Level 7 was a kaleidoscopic playground of merry-go-rounds, flying rides and imaginative trails warmly lit under the glow of multi-hued lamps. Located in a corner was the auditorium where the bulk of the awards encompassing 29 categories were given out earlier in the day before guests arrived. These included everything from restaurant ambience and festival

With the first part of the awards ceremony over, it was time to feast on some Malaysian favourites before part two of the evening which would see the main Festival awards given out, including the coveted Golden Cauldron. A lip smacking buffet which included nasi lemak, roti boom, asam laksa and mee curry kept the crowds satiated on Level 7, while the Galaxy Station on Level 5 featured stands by food truck Balls of Fire, premium ice cream Gelatomio and King of Fruits specialists Duricious. 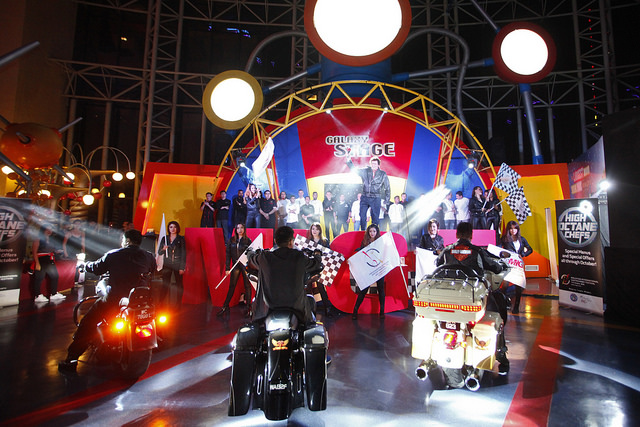 Suddenly the thunderous sound of Harley Davidson bikes revving up a storm shook the venue, while leather clad dancers took to the stage. In true high octane fashion, Dato’ Steve and Tunku Naquiyuddin emerged from the crowd stood atop a pair of monster sized bikes and were driven to the front of the Galaxy Stage where the Festival chefs greeted them. The culinary masters were then presented one by one in sequence, taking their bows and striking poses in front of the gathered crowd. 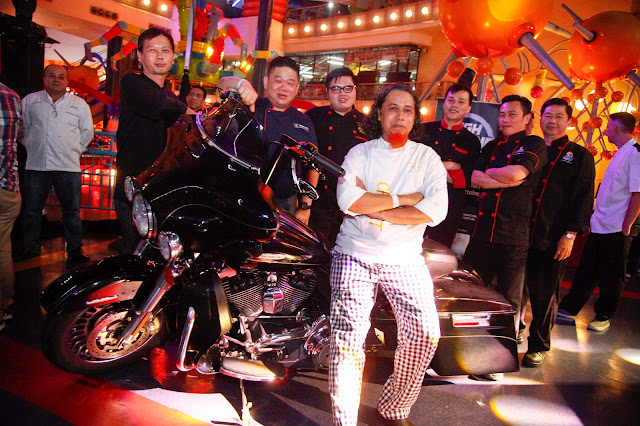 Shifting the focus from restaurant to individual, the Chef Congeniality award was up next, presented to the most amiable and admired chef of the Festival as voted by his or her fellow chefs. This went to Chef Azizan Shukri of Savini who beamed with pride as he held the trophy high. Ranked in the top 500 chefs in the world, Chef Azizan’s flair for cooking is rivalled only by his good natured demeanour as evidenced by his win. 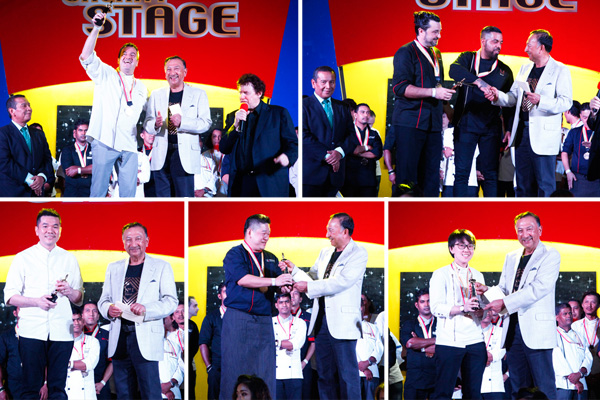 Then came the inaugural Golden Chef awards recognising the five most outstanding chefs of the Festival, and these went to Chef Marco Violano of Senja, Chefs Federico Michieletto and Simone Musu of Marini’s on 57, Chef James Ho Soon Boon of Ruyi & Lyn, Chef Darren Chin of DC Restaurant and Chef Many Goh of LTITUDE. 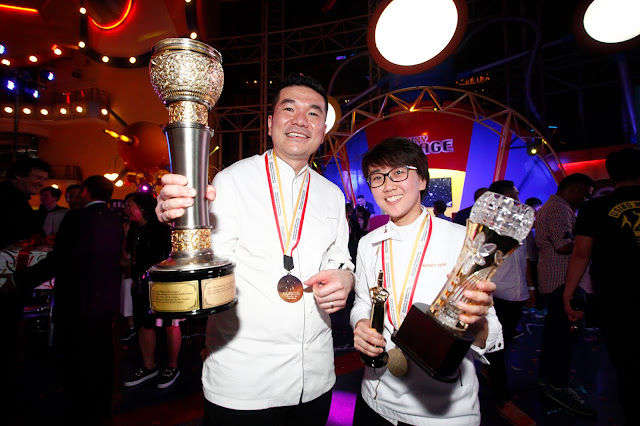 The evening had now reached its zenith as the final and most prestigious award of the Festival was moments away from being announced – the Golden Cauldron for Best All Around Restaurant, based on standard of cuisine, creativity of chef, kitchen, service, entire restaurant team and overall experience. And in an unprecedented move, for the first time in the Festivals’ storied history, the award went to joint winners – none other than LTITUDE and DC Restaurant.


True to this year’s theme, the dramatic dual win seemed to be the perfect way to cap off the year’s festival in high octane style. 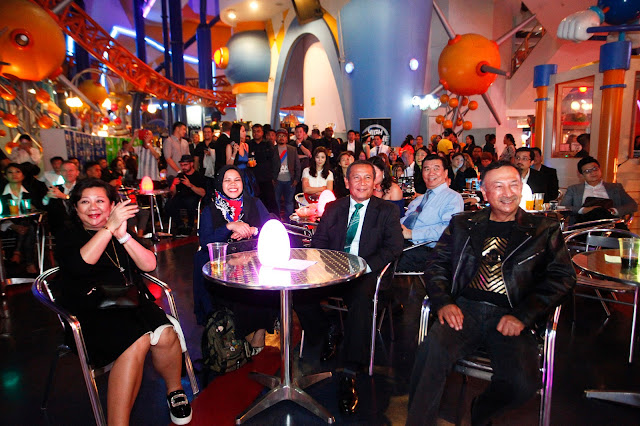 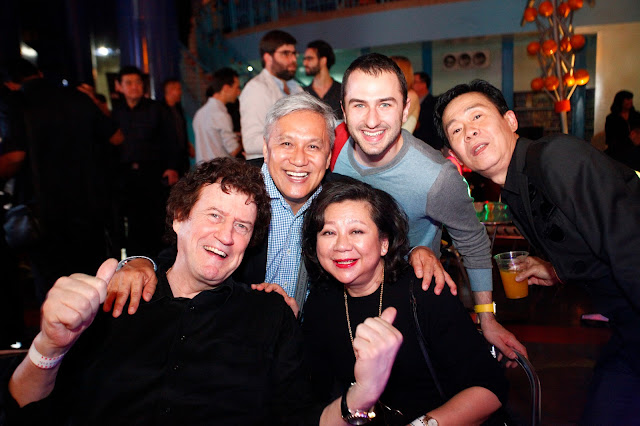 That brought to a close the 16th edition of the Malaysia International Gastronomy Festival, and while the awards portion of the evening was over, the celebration lasted long into the night amid much jubilation. Chefs, restaurant teams and guests alike could be seen exploring the vast theme park and trying out its many rides, soaring, spinning and twirling the night away.